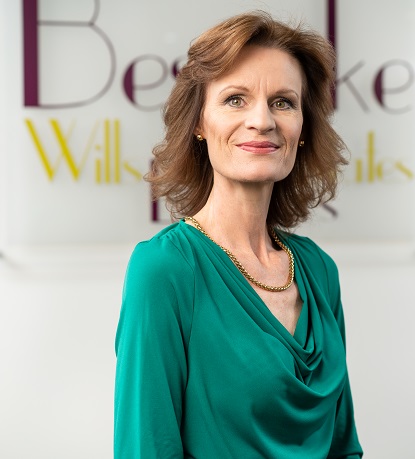 Shirley graduated from Murdoch University with double degree (Law Degree and Commerce) and was admitted to practice in February 2006.

Shirley, who is originally from South Africa, commenced her legal career at Zilkens Lawyers, a small commercial law firm where she intentionally set out to learn ‘from the ground up’ about all of the aspects of the Australian legal system. Such learning ranged from personally lodging affidavits in the Supreme Court to working on complex litigation documents. Shirley also regularly appeared in the Federal Court, Supreme Court and District Court. Shirley also had the rare privilege of appearing before the High Court of Australia on an appeal matter.

In late 2008, Shirley’s focus changed from practising in commercial litigation to working solely in the area of Wills and estates.

After working for two mid-sized law firms in the areas of Wills and estates, Shirley established her own practice, SBT Legal in 2014. Consequently, Shirley has considerable experience in preparing various legal documents, including Wills (ranging from standard Wills through to the complex Testamentary Trust Wills) Enduring Powers of Attorney and Enduring Powers of Guardianship.

As a result of practising in litigation, Shirley is aware of the strain legal proceedings can take on clients. That strain is escalated emotionally when the case involves the death of a loved one and/or a challenge to the deceased’s Will.

Shirley’s passion nowadays is to educate people about the importance of having a Will. Shirley has given numerous presentations to members of the public about Wills, the downside of using homemade Will Kits and the effects of a poorly drafted Will.

Shirley was recognised by the Doyles Guide in the 2019, 2020 and 2021 for experience in Wills and estates in Western Australia.