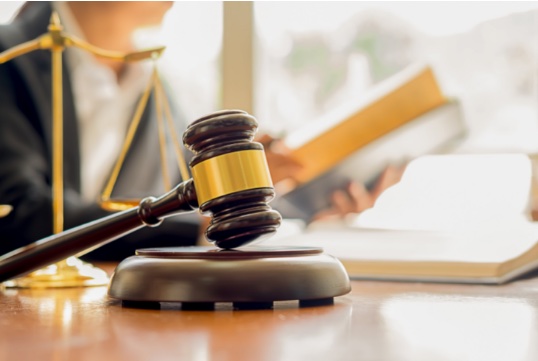 The Supreme Court of Western Australian has yet again criticized homemade Wills.

The message from the Supreme Courts is clear:  DIY Wills should be avoided – full stop!

As a nation, we pride ourselves on being able to DIY virtually everything. Whether it be installing garden reticulation, tiling a kitchen or renovating furniture – there is no doubt that you have probably undertaken some sort of DIY task in your lifetime. With the ever-expanding information available online, DIY-ing has become ever more popular.

However, there should be a ‘rule of thumb’ when you decide what things you should DIY and when you should engage the experts. When the ‘DIY project’ isn’t going to affect anyone other than yourself, then yes, it may be safe to say you are free to take the risk without any consequences.  However, when the ‘DIY project’, such as preparing your Will, affects your loved ones, you should think again.

In May 2021, Master Sanderson in Trevor Alan Thompson as executor of the estate of Angela Helen Thompson vs Upton [2021] WASC 158, plainly stated in paragraph 1 of his judgement:

“Yet again, this matter illustrates the folly of persons making homemade Wills.  The estate of the deceased is very modest ($511,000).  There is no doubt a good part of the estate will be consumed in a contest over the meaning of what by any measure is a difficult document.  It is invariably the case that money spent on having a Will professionally drafted is a sound investment.”

In October 2015, Mrs Thompson wrote her own Will, but the contents of her Will made it difficult for the Executor (her husband) to follow.  Her husband, acting appropriately, made an application to the Supreme Court for directions on how to interpret Mrs Thompson’s Will.

No doubt Mrs Thompson thought she was saving on costs by preparing her own Will, but she (and many others before her), were mistaken.  The application to the Supreme Court would likely have incurred considerable legal costs against Mrs Thompson’s estate.  And in fact, Master Sanderson concluded his judgement with the following statement: “In cases such as this, it is usual for all of the costs of the parties to be paid out of the estate.”

This is not the first time Master Sanderson has criticized DIY-ers.

“On numerous occasions, when dealing with so called homemade wills, I have observed they are a curse. Homemade wills, which utilise what is sometimes known as a ‘will kit’ are not much better.  This case proves the point….   If the will had been drafted by a competent legal practitioner, this problem would not have arisen, and the parties would have been spared a great deal of trouble and expense.”

In our view, there is no estate value, threshold or family dynamics where a DIY Will should be used. We frequently see the traumatic impact that can result from homemade Wills, so even if you think your affairs or your wishes are ‘very simple’, a DIY Will should still not be used.

Putting things in perspective, it is a relatively modest amount to engage a lawyer to prepare your Will, considering your assets may be worth hundreds of thousands (or possibly millions) of dollars!

Arguably, a homemade Will is at greater risk of being challenged on a number of grounds. For example, a Will written by an elderly couple, at home at their kitchen table, and perhaps witnessed by close friends, may (depending on the circumstances) raise a number of questions.  Such questions may range from issues of testamentary capacity, undue influence and unconscionable conduct.

Further, the Will drafter may make errors if they fail to understand the legal requirements and the implications of their words. They may also fail to appreciate the importance of various legal drafting conventions and the execution requirements of a Will.

However, when you engage a competent Lawyer (who follows professional standards of conduct), not only will you receive invaluable advice about your particular circumstances, but the Will is likely to be less vulnerable to such criticisms.

You have probably thought to take some steps to provide for your loved ones after your death.  And if you happen to be an avid DIY-er, you may have naturally assumed you that can also write your own Will.  However, as the Supreme Court has noted:

“It is invariably the case that money spent on having a Will professionally drafted is a sound investment.”

We, Shirley and Emily, have frequently seen the pitfalls of DIY Wills. No doubt you hate the thought of your children having to deal with a Supreme Court decision after your death. We can assist you to prevent this from happening.